An update from Richard Antliff, GWS’s Civil Engineering Manager, on the new building: 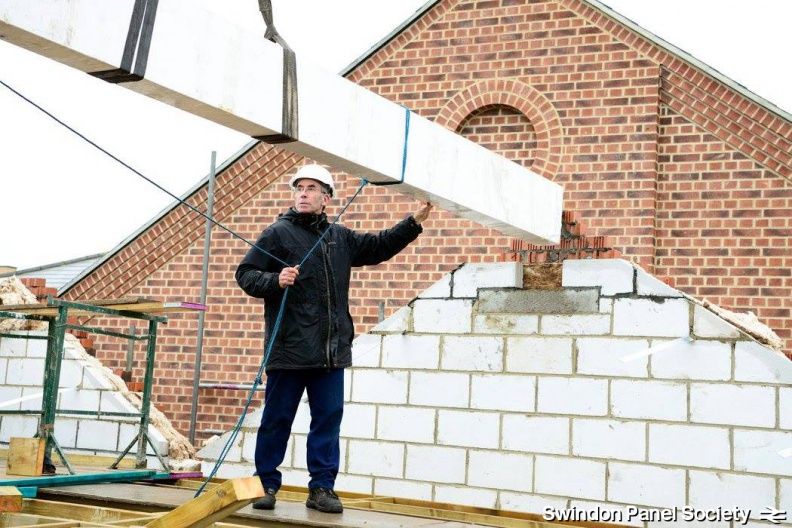 The GWS has procured some new main-line registered wagons for trips between the Centre and the West Yard [where deliveries are made]. These will not be ready for traffic for several months because of the restoration work needed, but we should have less difficulty with the flow of materials for the new building as the volumes over time are now less; the two volume deliveries that are planned in January are aggregate for the floor and insulation for the roof, which will both fit in the Green Wagon.

The carpenters working on the roof should easily be able to complete their work in time for the slater who is booked for the end of January. Slating should take about two weeks to get a dry but not complete roof so our next jobs at that stage will be to clean the floor slab, lay the water pipe, trunking and Celotex insulation and pour the concrete floor at least in the Swindon Room.

The tidying, pipe and trunking could usefully happen sooner. Later though there will be a multitude of jobs to reach a basic finished building stage including fitting guttering and downpipes, making doors and windows, glazing and painting windows, plastering the walls of the Swindon Room and fitting the roof insulation and the loft floorings. The electricians will probably provide some temporary power and lighting once the roof is on. There will be plenty of work (ie, a several months) to do to get the whole building side of the project to a fairly complete stage if we are to achieve the quality we need and are both to enjoy the work and not exhaust ourselves.

The ridge girders over the Swindon Room and lobby are now in place; the steam crane was able to reach the track end of the slide comfortably. I was very pleased with the operation which went without a hitch; the rain even helped as we did not need to grease the steel strip along which we slid the girder!

No doubt the panel decommissioning day will approach faster than we think – I look forward to some well-attended SPS working dates in 2016 gaining some real momentum which will, no doubt, produce some excellent progress and ensure the building is ready to receive the panel at the beginning of April. 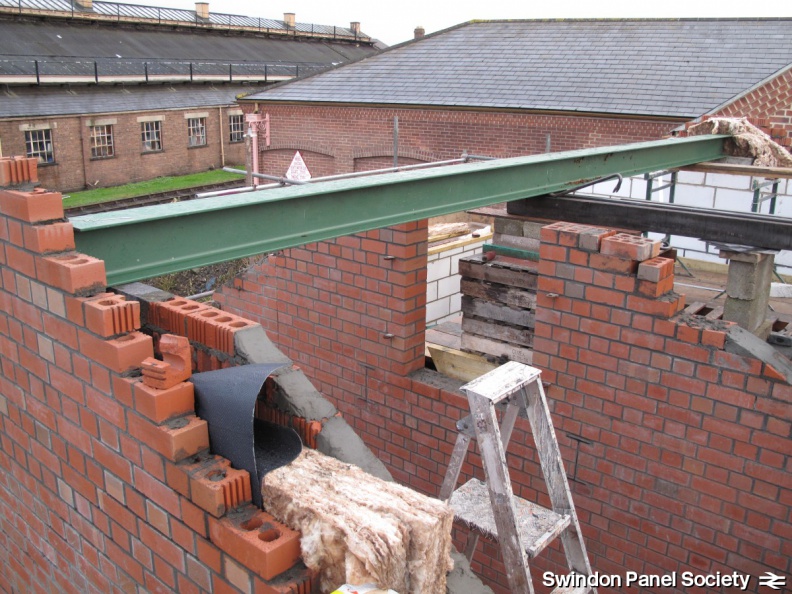 We are delighted to publish our 2016 Activities Calendar.

We look forward to meeting you on one (or many) dates at Didcot or Swindon!

Membership renewals for subscriptions ending in December, and also new cards for gold members whose cards expire at the end of December, will arrive shortly after Christmas.

Don’t panic if you think we’ve forgotten you 🙂

The ridge beams for the new building were lifted into position on Friday 11 December. 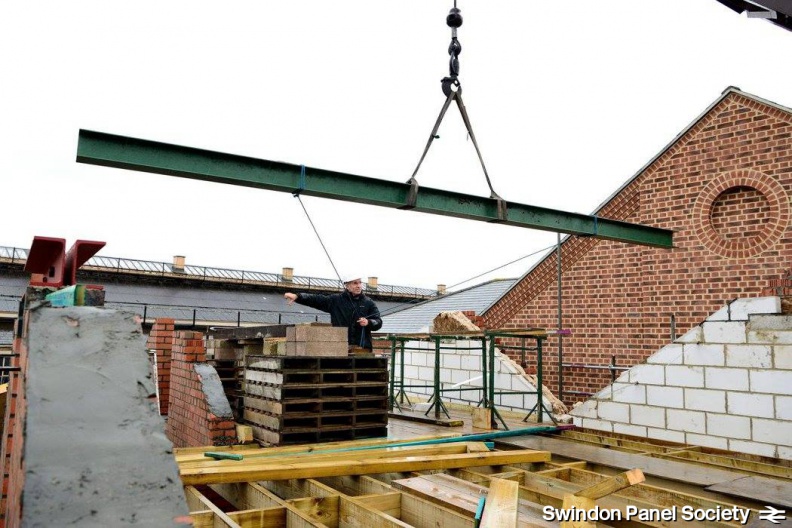 There are four in all for the different parts of the roof – one made of steel and three of glued laminated timber (glulam). The lifting was done by the 6 ton capacity steam crane, driven by Maurice Williams, with Richard Antliff directing the process on the ground and at various levels on the building. 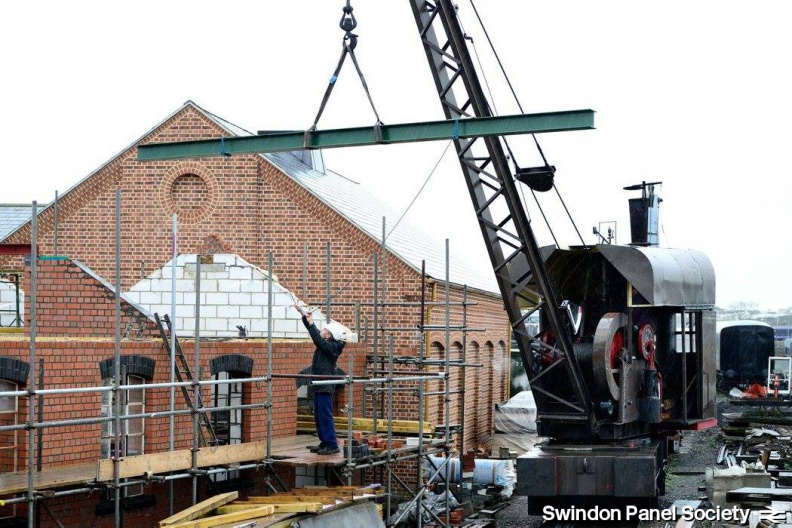 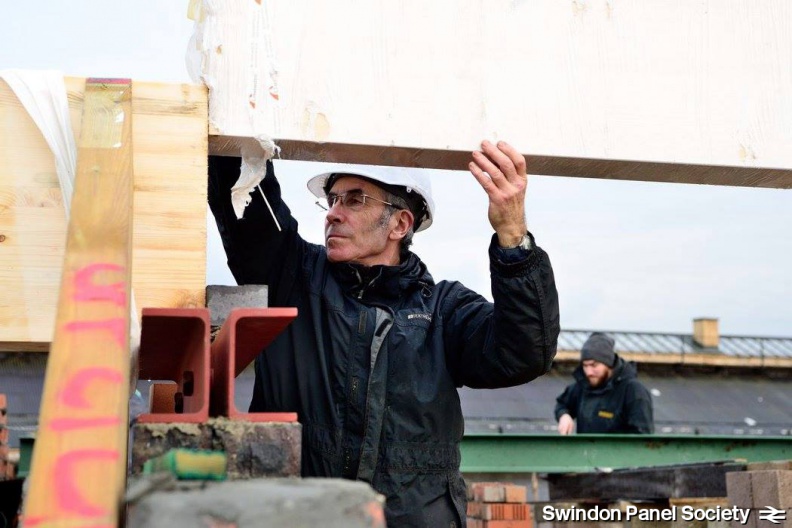 More photos, as always, are available in our photo gallery.

Yellow notices (or ‘Yellow Perils’) have been published by Network Rail for the final stages of the resignalling work that will transfer Swindon Panel’s signalling to the Thames Valley Signalling Centre.

In a very impressive and unusual step, the preservation of Swindon Panel has been stated in the yellow peril! 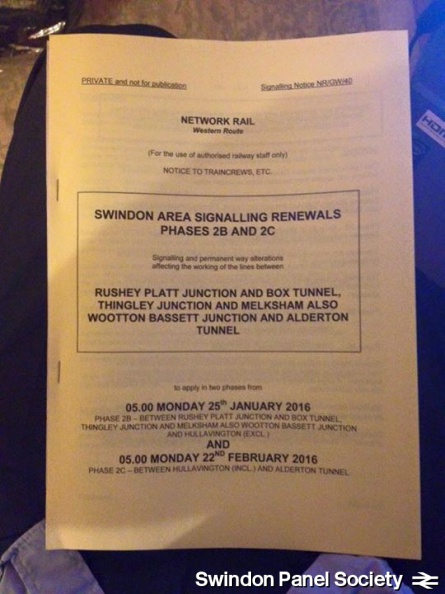 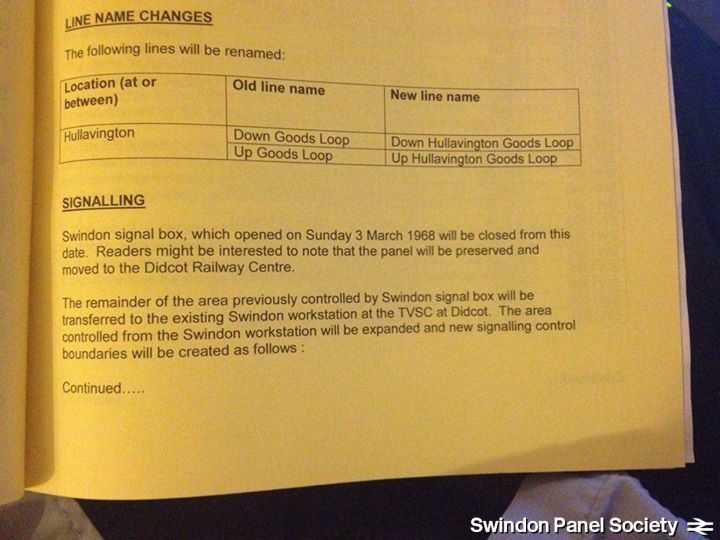 Thank you very much to our supporters in Network Rail for this plug!

All the tiles from the first 103 columns of have now been removed and are safely stored by the Society for future reinstatement.

Many thanks to James, Andy and Dave for helping out with the long task of removing the tiles, wrapping them, labeling them and packing them into FIFTEEN boxes! 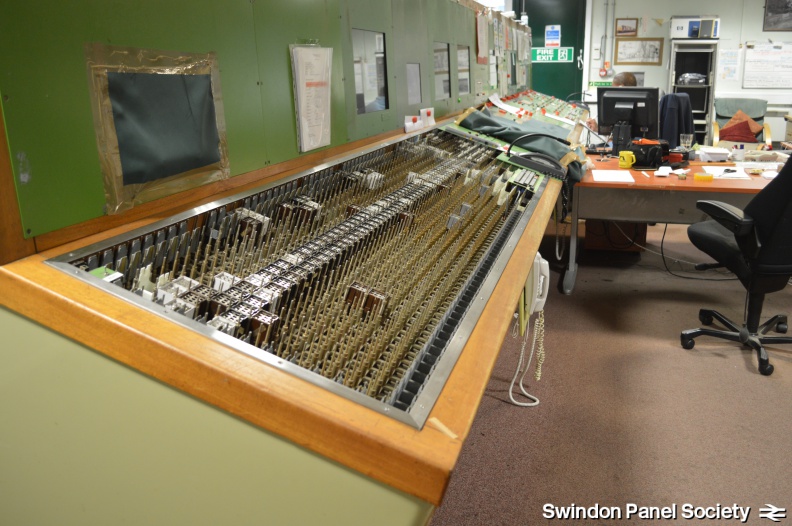 The panel showing only the remaining bases (which aren’t being removed). 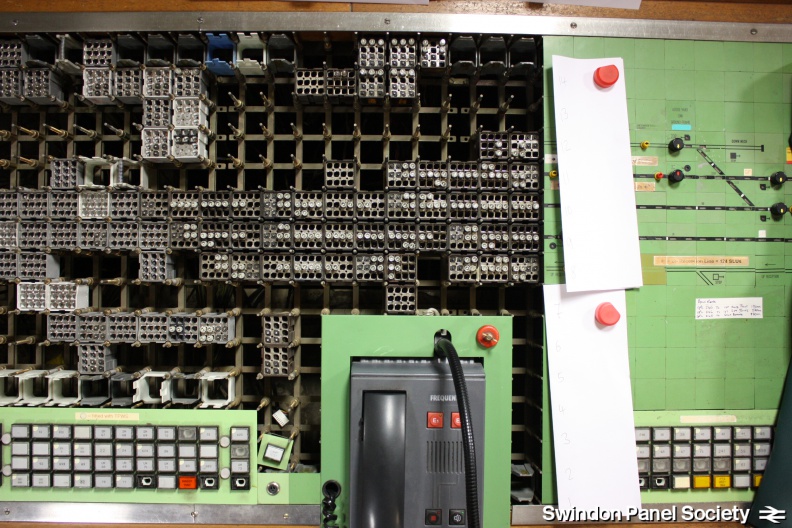 View of the bases from Highworth Jn. 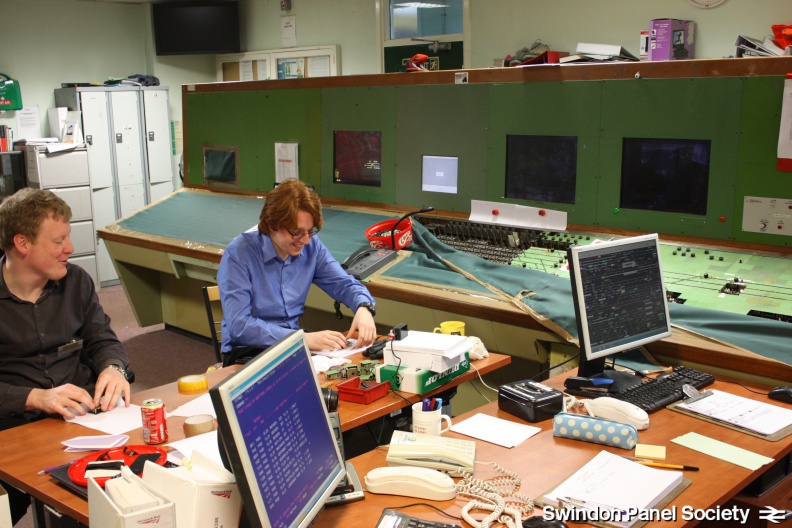 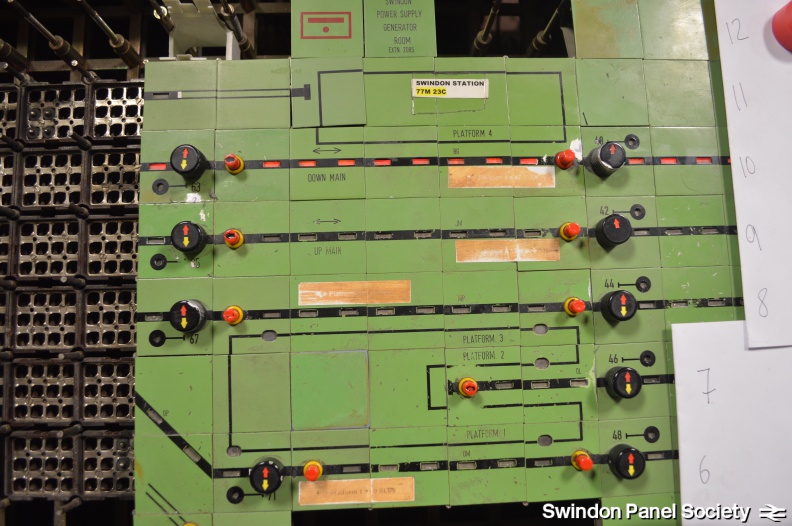 More photos are available in our photo gallery: http://photos.swindonpanel.org.uk/index.php?/category/194