Swindon Panel Society is delighted to announce its autumn trip which, this year, is to the Romney, Hythe & Dymchurch Railway! 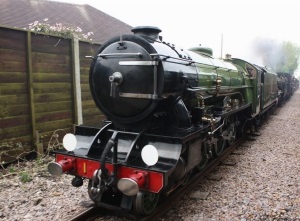 The visit will take place on Saturday 26 September, during the RHDR’s Heritage Weekend, and also the 90th birthday of the RHDR’s first two locomotives, Green Goddess and Northern Chief, which were delivered to Captain Howey at New Romney in 1925 before the RHDR even opened.

The 15″ gauge engines run for 13 miles across Romney Marsh, including 8 miles of double track between Hythe and New Romney, where passing trains have a passing speed of 50mph, a scale 150mph!