THANK YOU to everyone who came along and visited and supported the display stand at Didcot Railway Centre this weekend! 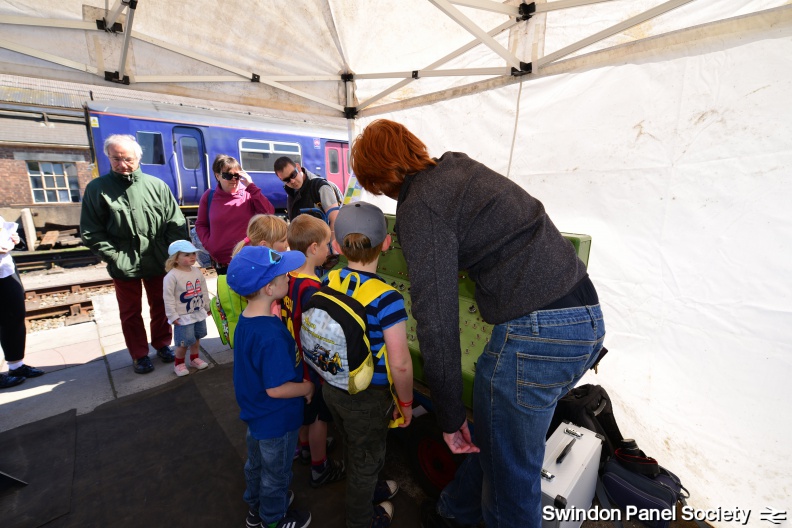 Well done to everyone who helped run the stand, including today (Sunday), which we weren’t originally expecting to open!
If you weren’t able to visit us this weekend, don’t forget we’ll be back during the bank holiday galas in May.

More photos of the weekend available at: http://photos.swindonpanel.org.uk/index.php?/category/113

Have you got more photos? If so, we’d love to see them!

Our special guest this weekend (and thereafter permanent resident) is our newest acquisition – Newbury Emergency Panel!

Come and have a play on Saturday 18 April at Didcot Railway Centre!

THE SPRING RAFFLE IS NOW CLOSED.
Thank you to everyone who took part. – Results 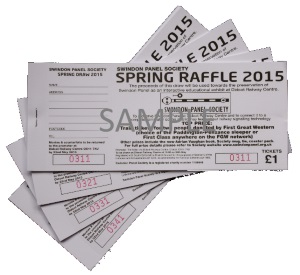 Our Spring Raffle is open now!

There are some fab prizes to be won, and all funds will be used in the move and restoration of Swindon Panel.

Top prize is a pair of First Great Western tickets, first class, or even on the Paddington to Penzance sleeper train!

Thank you very much indeed to all our friends for their most generous donations of prizes:

(Raffle tickets purchased online will not be posted out (to maximize funds for Swindon Panel), but we will advise you of your raffle ticket numbers by email.)

The draw is on Monday 25 May at 1pm at Didcot Railway Centre. Winners will be notified shortly after. 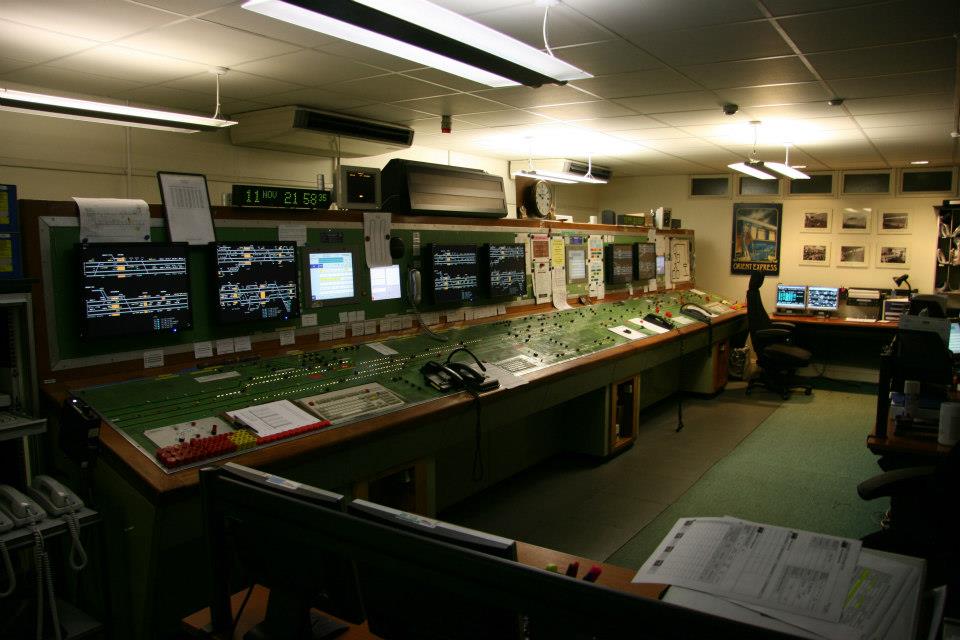 The panel, a Henry Williams / WR turn-push panel exactly the same type as Swindon, opened on 13 October 1963, as part of the Reading-Hayes MAS scheme and in its early life it signalled ex-GWR steam trains. It controlled from from West Drayton East, where it fringed with Hayes, to White Waltham, between Maidenhead at Twyford.

As part of the scheme a new box was opened at Maidenhead to control mechanical connections the branch to Bourne End (which still had a passing place at Cookham), and West Drayton West Box was recycled as ‘West Drayton’ to control the Staines branch there. 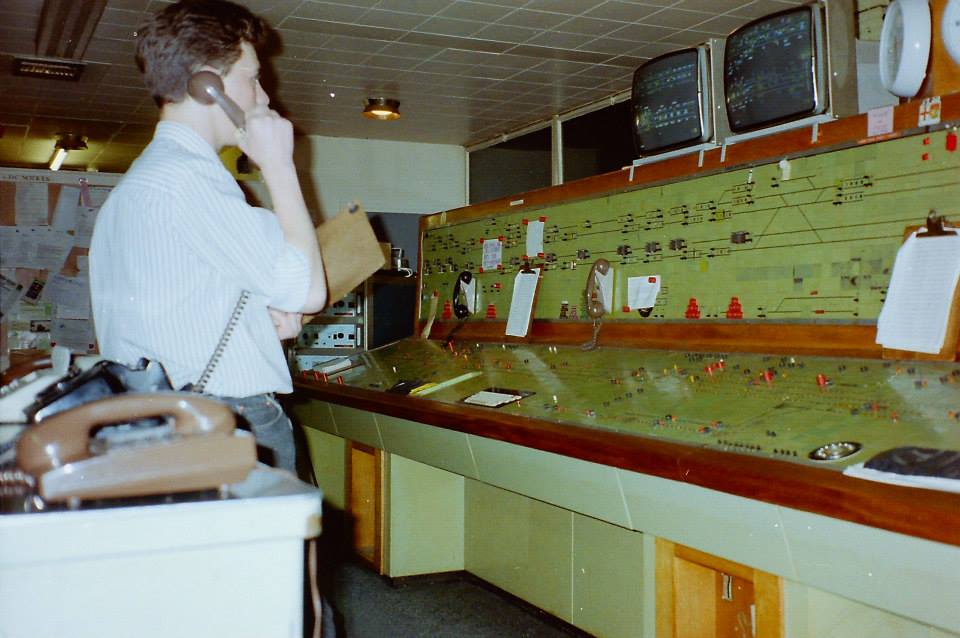 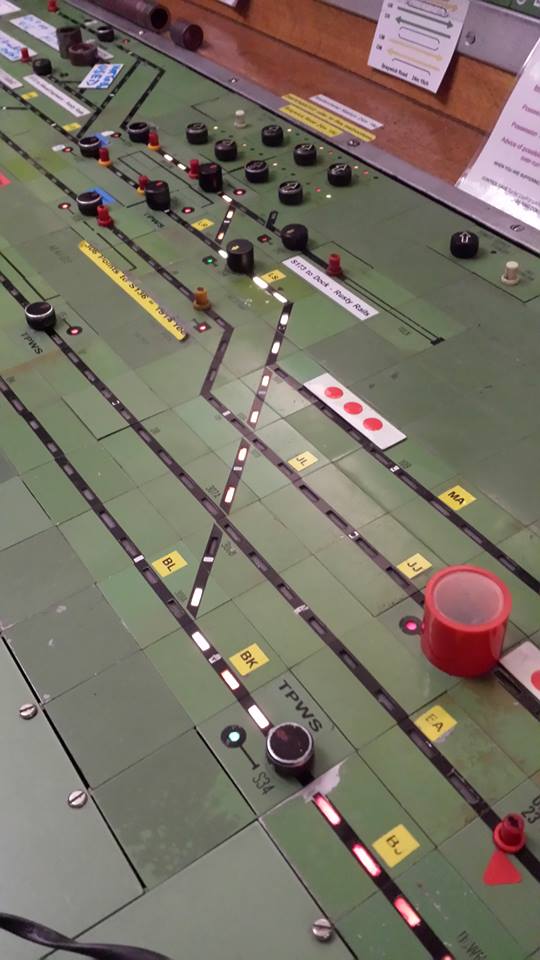 As with all railway locations the layout has been rationalised a lot over the years. There was originally a running junction between all four lines between Burnham and Taplow, and at West Drayton East. (West Drayton East has since been removed and now re-instated in all but name at Stockely Bridge!) There was also a sizeable loco depot on the down side at Slough. It is hard to believe that back then the signalmen would have looked towards across from the panel towards the east loop and bay line, and what is now just two simple tracks would have been lost inside a mass maze of railway either side of it!

Right: Across all four lines at Maidenhead East from the Down Main to the Bay Line. [Phil Bellamy.]

In later years of course steam gave way to diesel and the popular and long-serving HST, and Hayes and Twyford West boxes gave way to Old Oak Common and Reading Panels. The box is now fringed on both sides by the Thames Valley Signalling Centre.

The panel has always had a great community of present and former signalmen/signallers. Many Slough PSB staff progressed on to Old Oak Panel, Reading Panel or Slough IECC and still work on or around the area. We wish all the present and past signaller of Slough PSB the very best with their future careers. 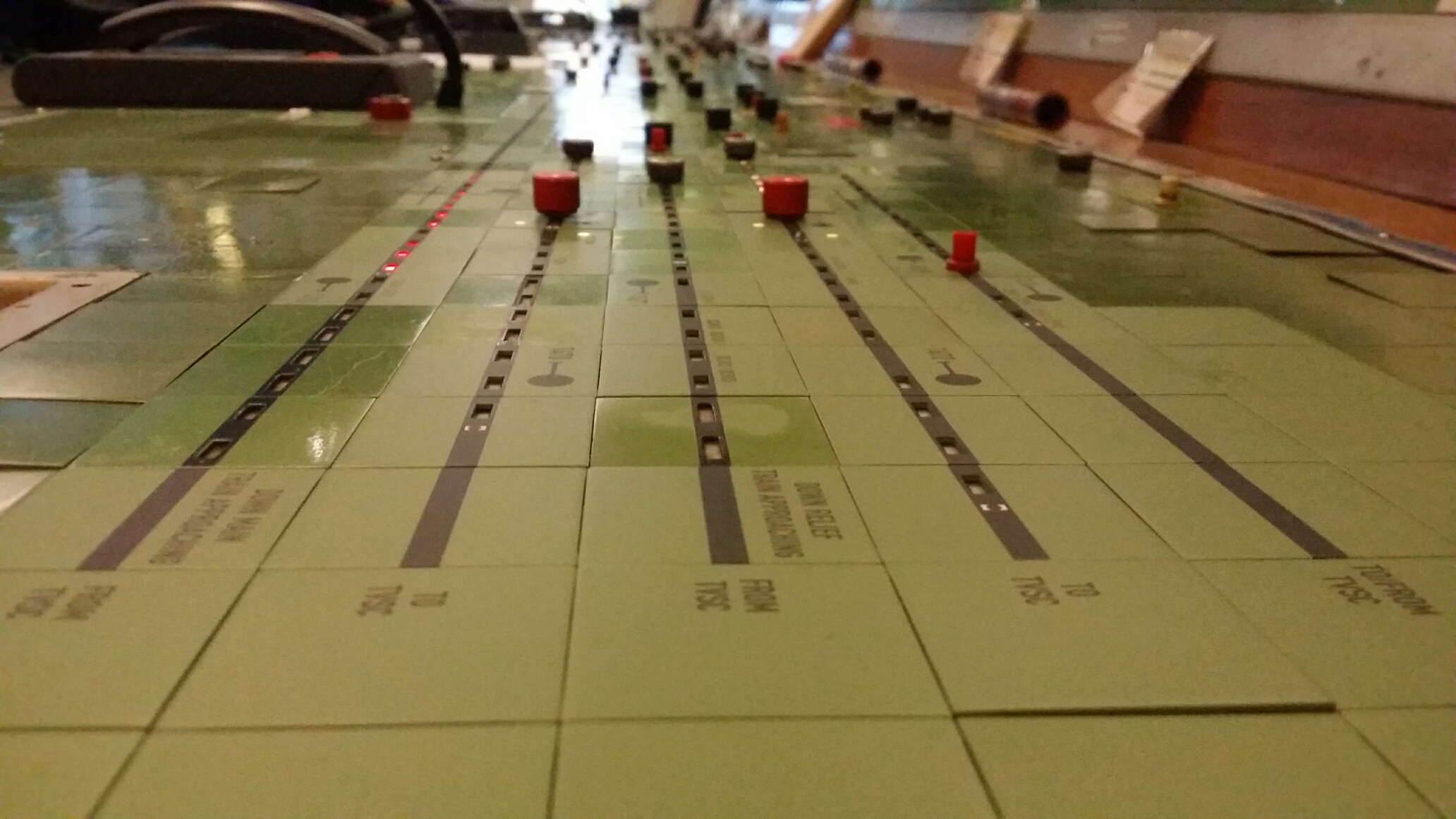 The West Drayton area was resignalled at Christmas 2014 and is now controlled from the Hayes desk in the Thames Valley Signalling Centre. The new Slough desk will open over the Easter weekend and will take over the remaining area of control, from Iver to Waltham. This will fill a gap in the TVSC’s area of control, giving it continuous route coverage all the way from London Paddington to Culham, Uffington and Lavington.

A panoramic shot of Slough Panel by signaller Andy Stuart.

For more photographs of Slough PSB, see our photo website.