To all members and supporters

A brief note to let you know that Swindon Panel Society has now found its home on the Register of Charities, we are now Registered Charity Number 1159646!

The process was extremely hard work and has taken a long time to organise, so thank you very much indeed to all those who helped in the process. 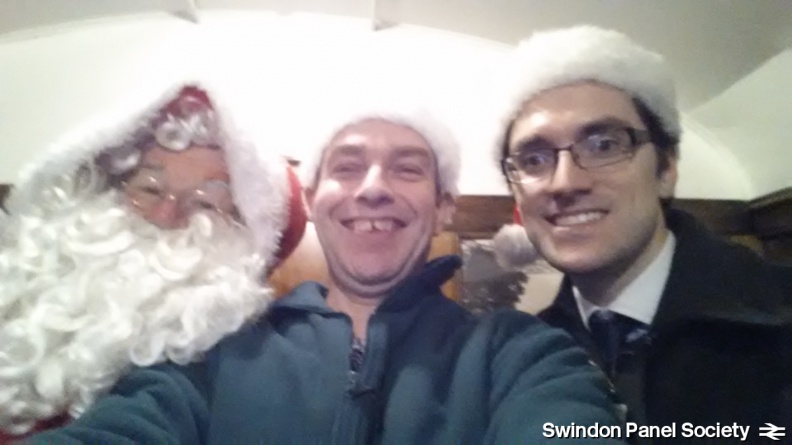 SPS are helping Father Christmas and all the other elves at Didcot Railway Centre again this weekend, with Brian and Danny on duty on Saturday and Tim, Mark and Natalie today (Sunday).

The DRC Santa operation is very well organised indeed, and as such sees A LOT of custom. The families arrive at the Railway Centre and can look round in the normal way, before joining Thomas (+ autocoach) at Didcot Halt, on the “Branch” line. The train takes them to the very north end of the site, where Santa is waiting in a large compartment in a carriage in the transhipment shed, surrounded by mountains of presents all neatly sorted out into age- and gender-specific groups.

When the families arrive at the transhipment shed they board Santa’s coach and are filtered into meet Santa in family groups. The elves (ie, us!) chat to the children or parents immediately before they meet Santa to find out the names and ages of the children, and then pass this information to another elf in the grotto compartment to assist Santa in selecting the appropriate present. (It probably sounds more complicated than it is!)

It is certainly a very enjoyable day indeed, with a wide variety of families and children, all very excited about the prospect of meeting Santa, having just met Thomas, and layered onto the excitement of a family day trip out to the Railway Centre as well! The children we had yesterday ranged from 7-weeks old to 14 years old, and in a lot of cases the parents and grandparents are just as excited as the children themselves!

It goes without saying that it is also an extremely commercially important set of events for the Railway Centre, and therefore, by extension, extremely important to SPS too. Although the work isn’t linked directly to the building or the panel, it is paying for it!

The days are relatively short, about 9am – 3.30pm and no special skills are required, so if you can help the furtherance of the preservation of Swindon Panel by coming to Didcot and having an enjoyable day chatting to happy people, let us know! 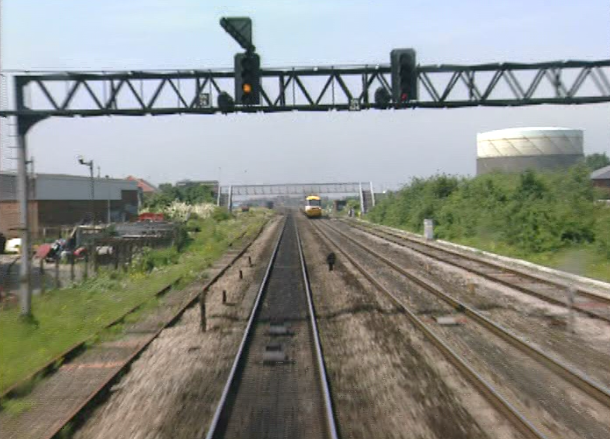 The Monday Group Operations Meeting was held this evening, covering the route from Wootton Bassett to Hullavington.

Interesting points from this evening:

* Blanches Siding was gone by 1977 so will not be provided. In any case this would be almost mutually exclusive with the reversible signalling. So only one route from GPL 280 to 764 (not LOS).

* SND4 will not have an automatic plate. This was absent during the lifetime of Hullavington GF. As that GF will be modelled (see below), SND4 should not have an auto plate. 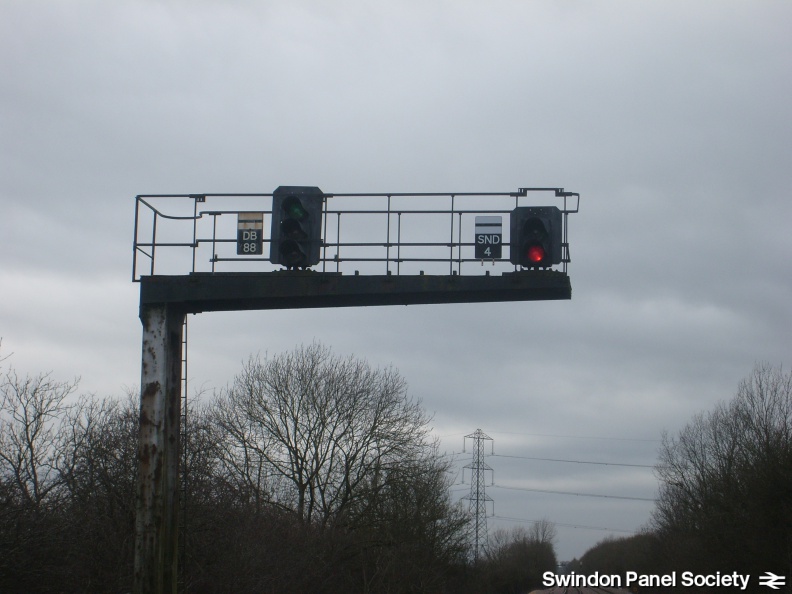 * UB92. The current locking sketches show an (R) button (representing a guaranteed emergency replacement switch), and 2015 scheme plan shows this in black (indicating that it is already present and not being removed). There is no evidence that this ever existed, but the signal itself is a relatively structure, so it may have been moved/renewed at some point, and as ‘new work’ had an R button designed, but never provided. Unless evidence arises to the contrary we will model it without a replacement switch. 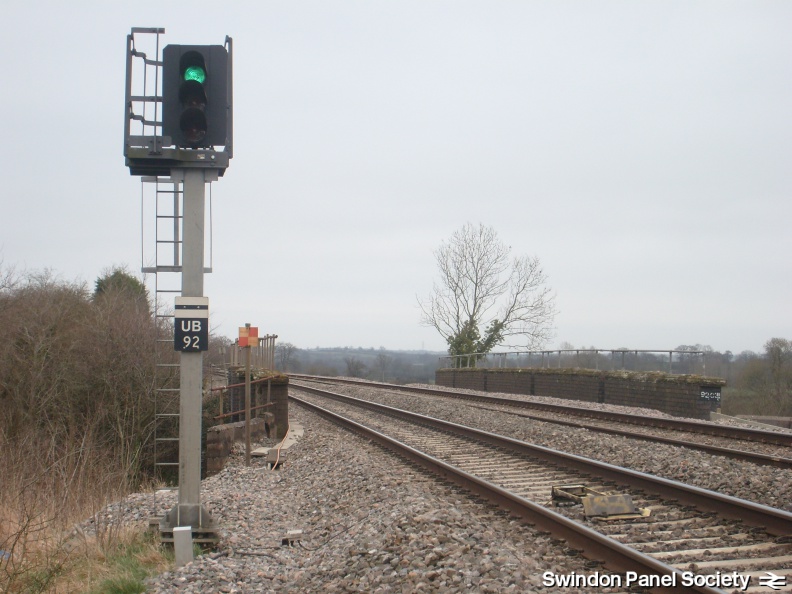 * Points into Hullavington Loops: The trailing ends of these were previously slotted joints, and latterly motor worked. We will model them as motor worked for two reasons – one because the Dominos are already there in the panel and we don’t want to throw them away unnecessarily, and secondly to provide educational variation in comparison to Uffington Loops, which we have already agreed will be modelled with their slotted joints.

Hullavington Ground Frame was removed in 1993, so will be modelled. This was accessible in the up direction only, and could be released with the track circuit occupied (LN), as long as a short track circuit beyond the points (LO/1) had been occupied for 60 seconds. We guessed that this may have been to enable an engine and wagon to be cut off from a train on the Up Badminton, drawn forward over the points, shunted into the siding, and then the engine come out again and back onto the train. Either way, we will model the locking that we know existed, as described above. 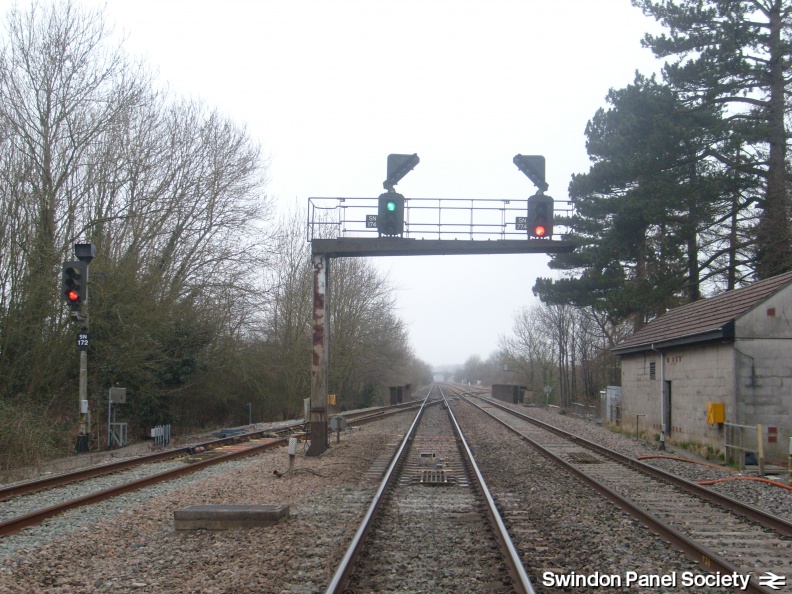 We were also able to add mileages to all signals on Badminton line.

Thank you very much to our keen Operations Detectives who are working through many sources to determine what infrastructure will be modelled on the preserved Swindon Panel.

The Tuesday Group will meet tomorrow and will pick up from where they left off last week between Uffington and Bourton and work westwards.