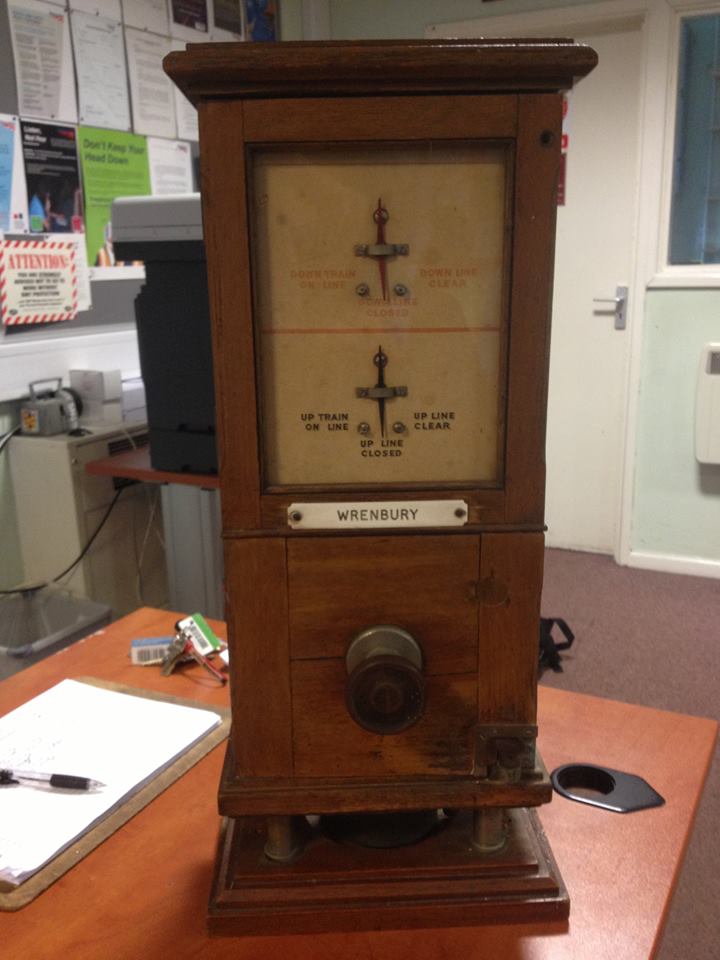 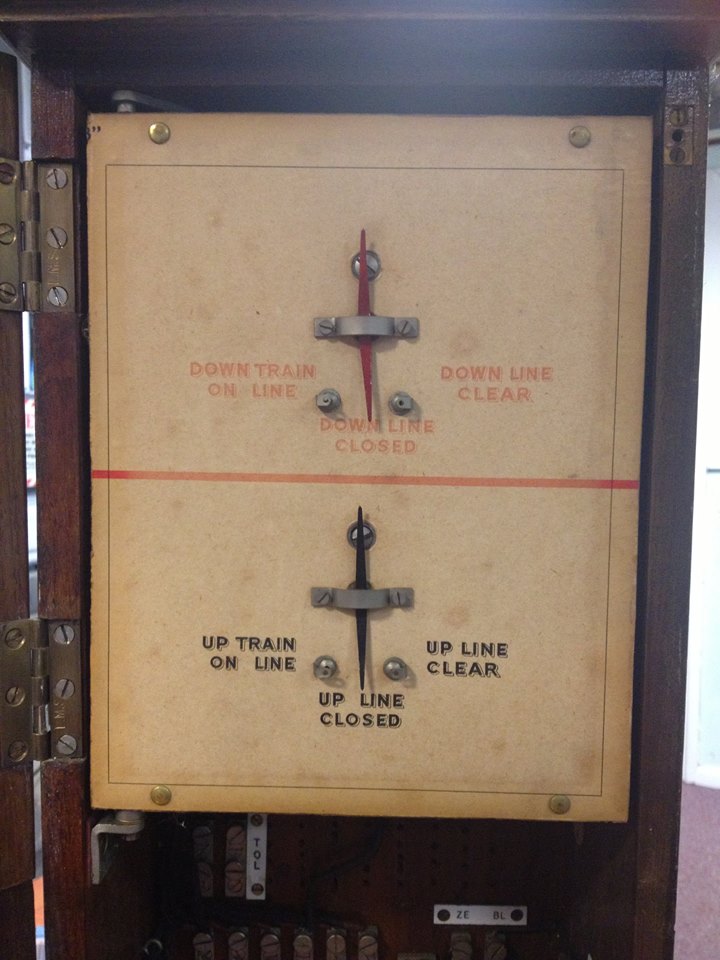 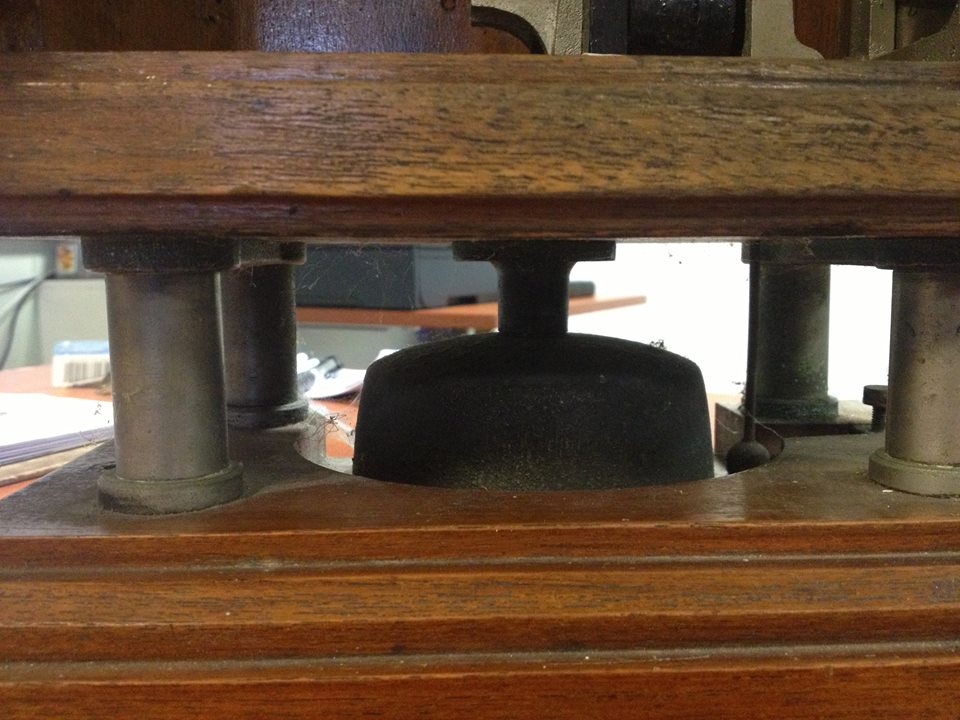 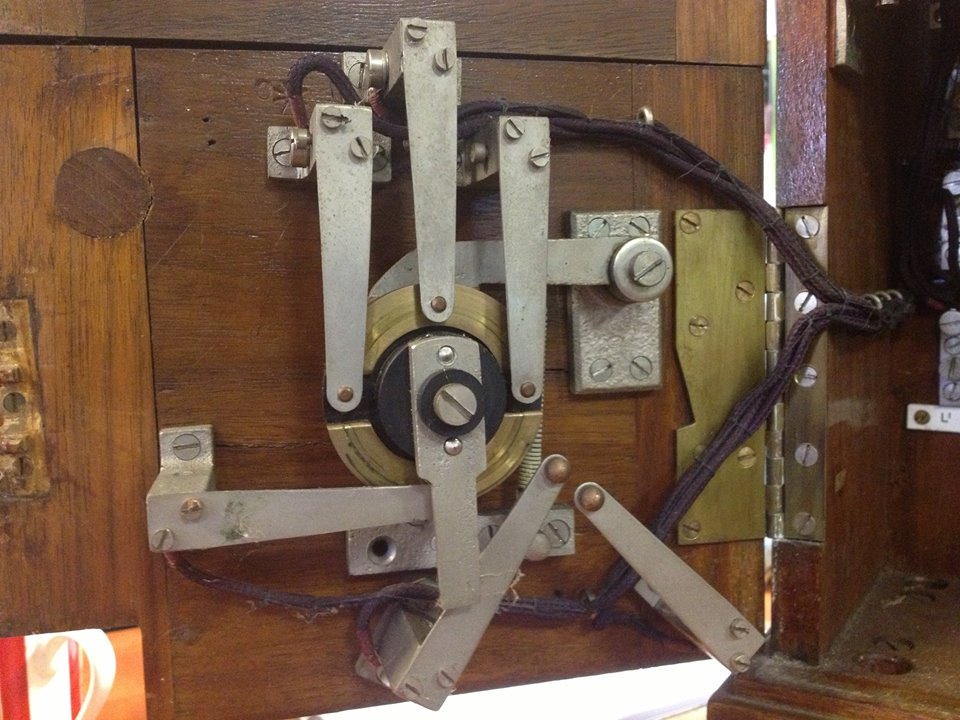 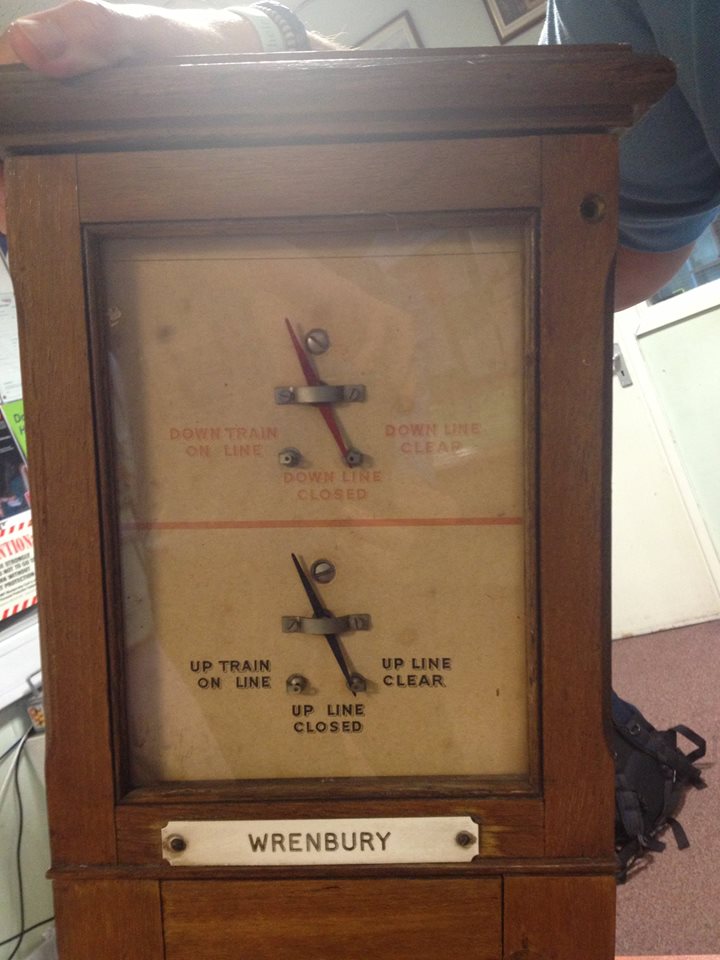 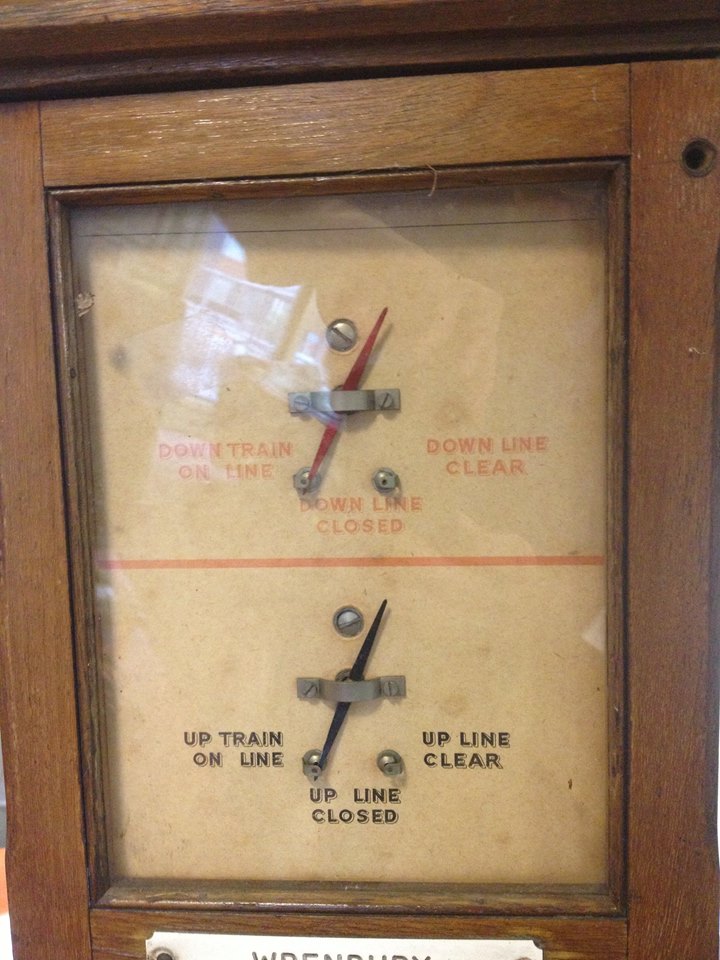 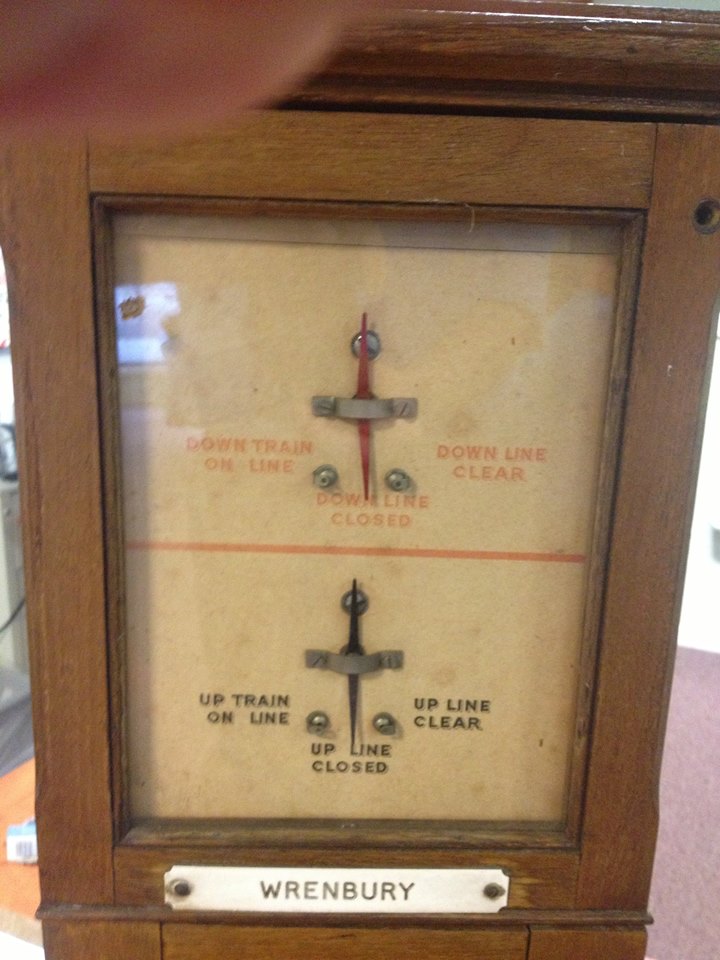 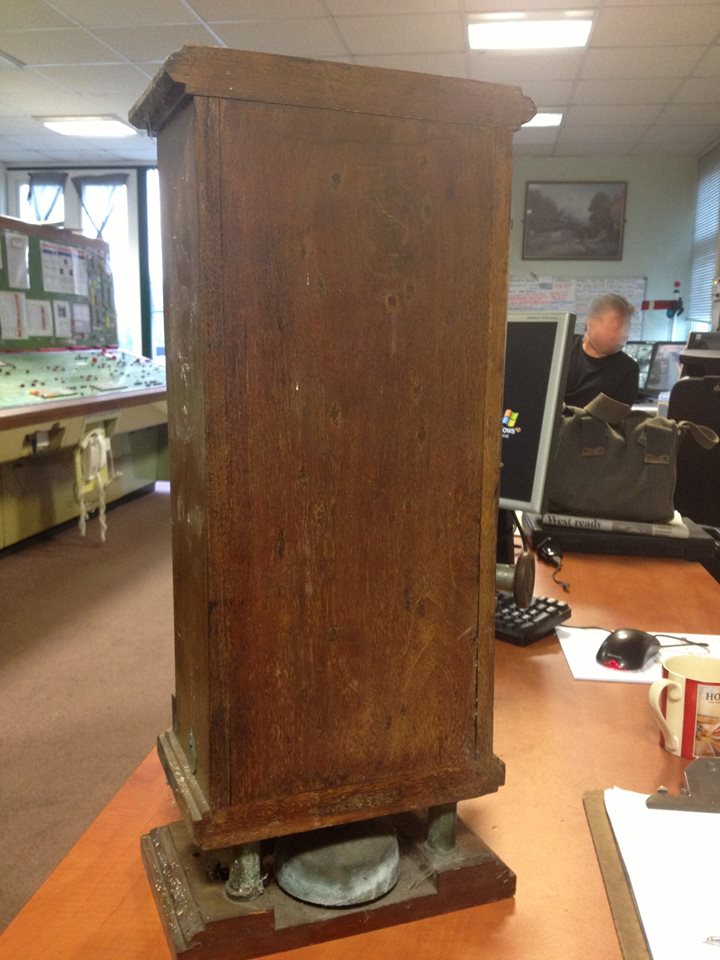 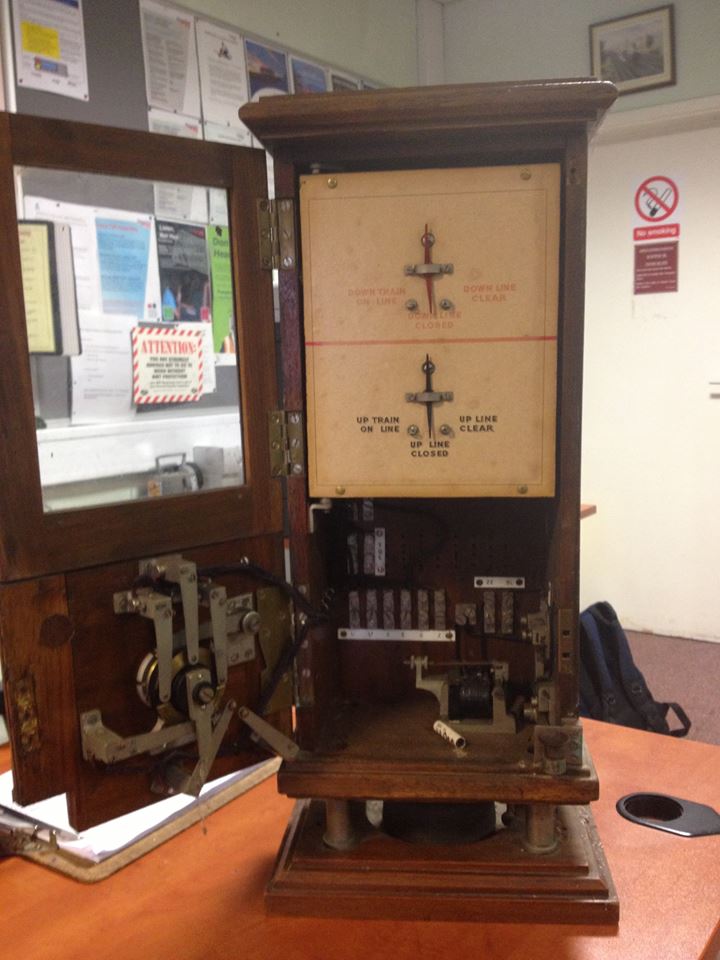 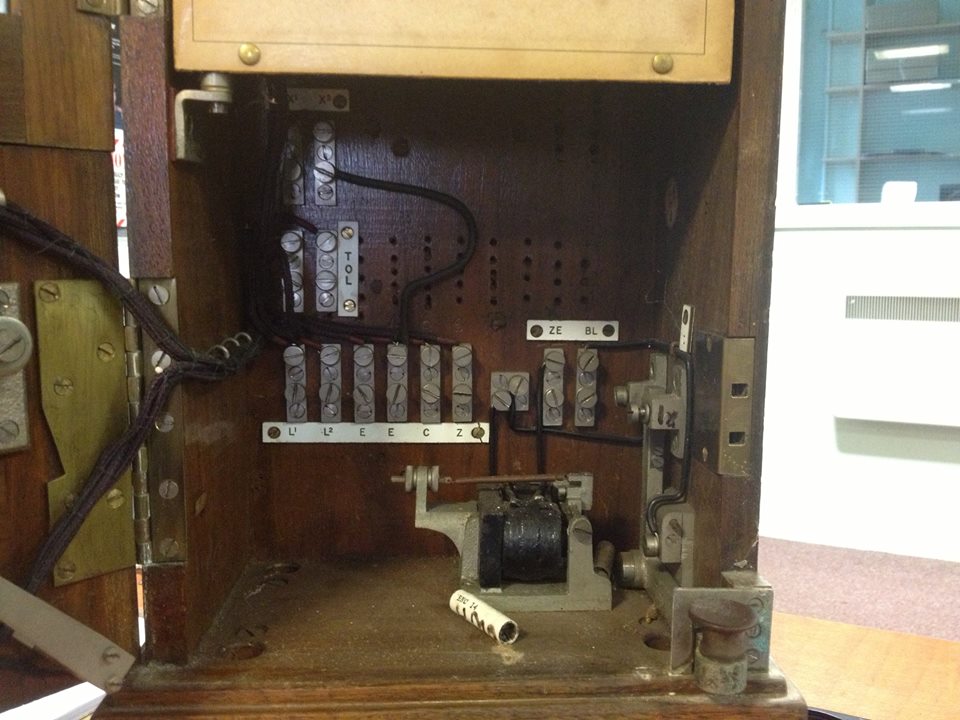 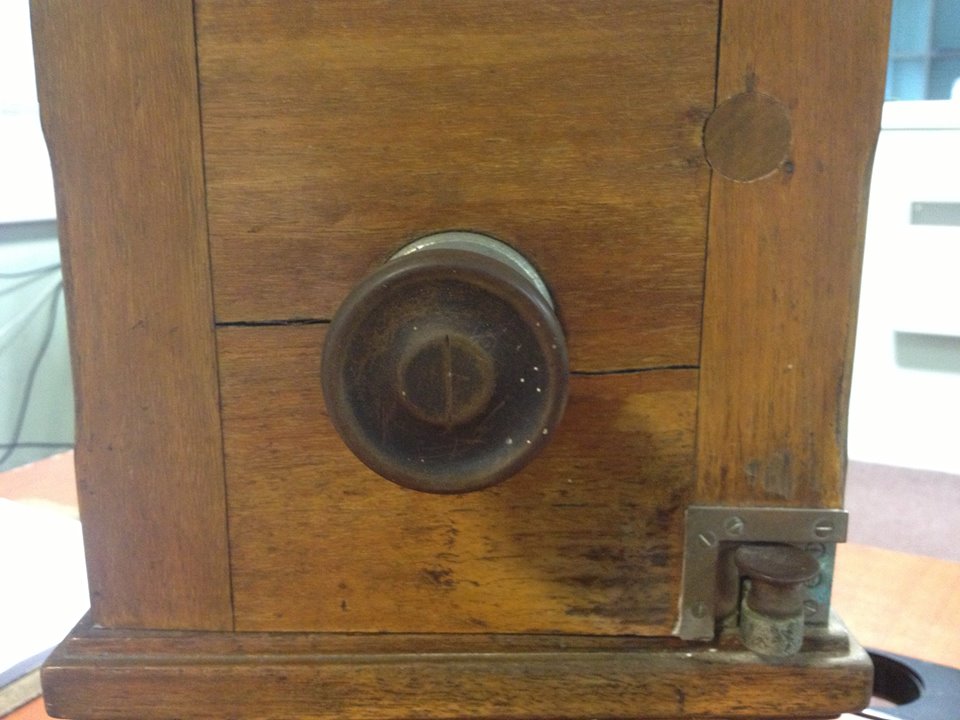 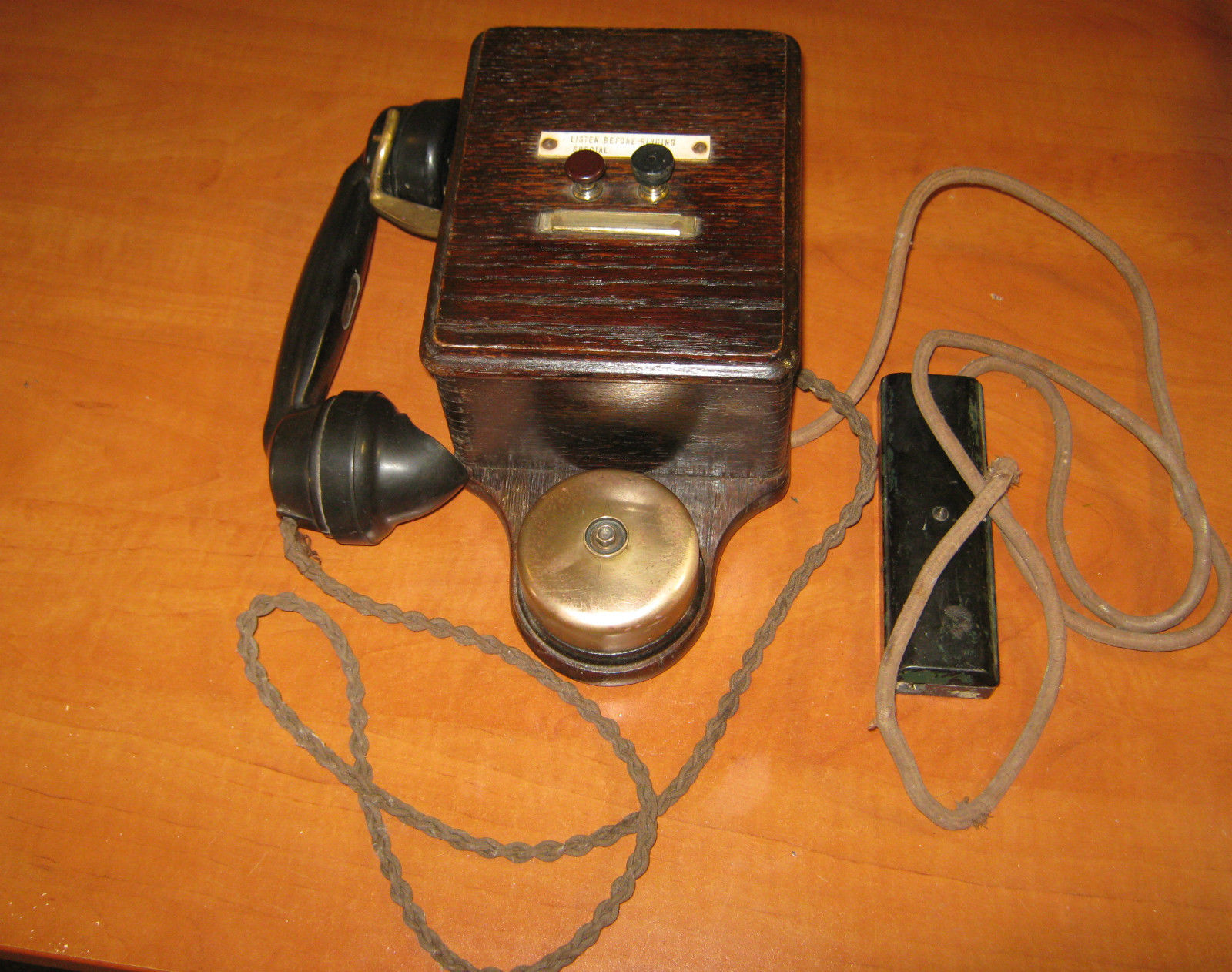 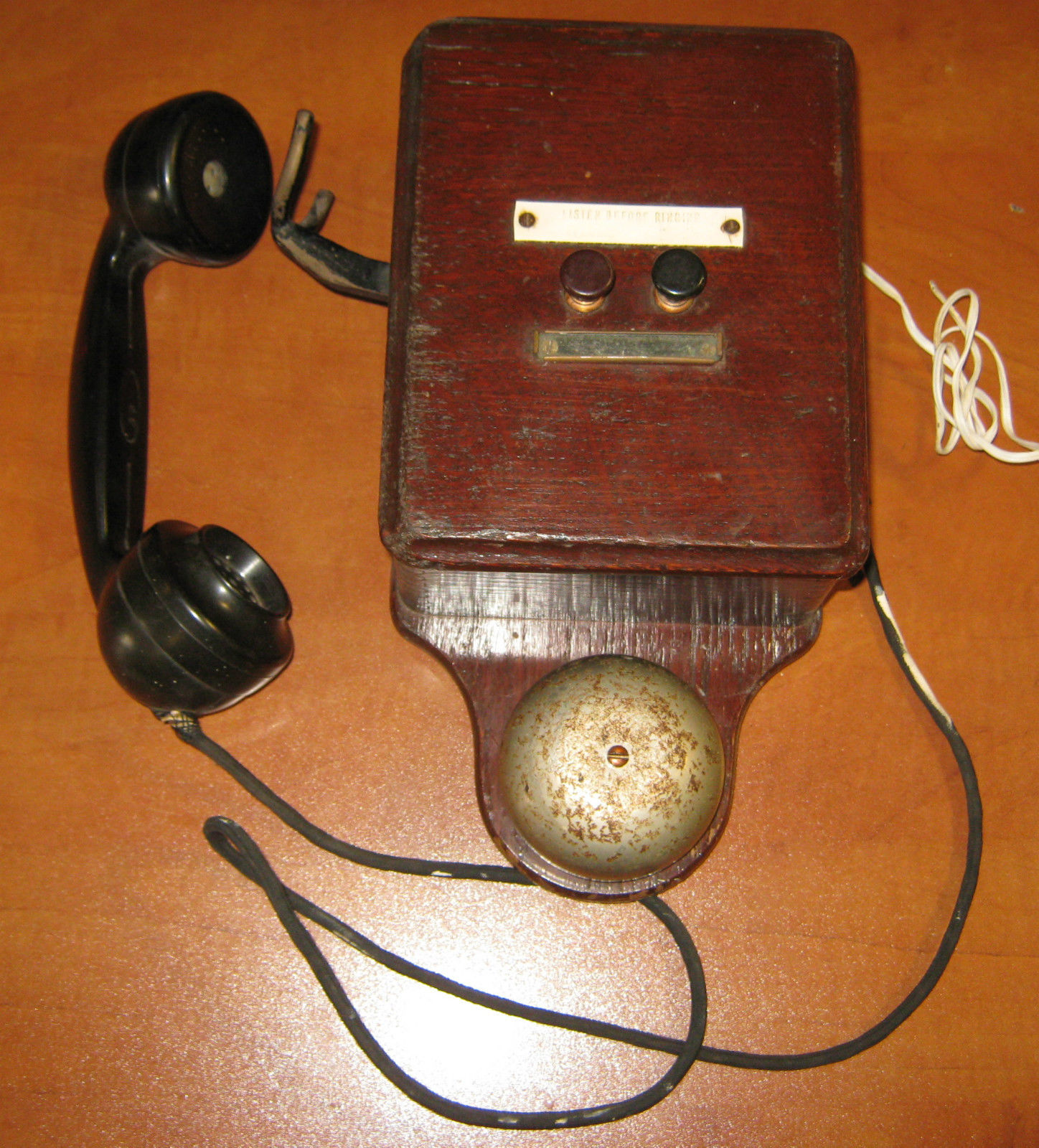 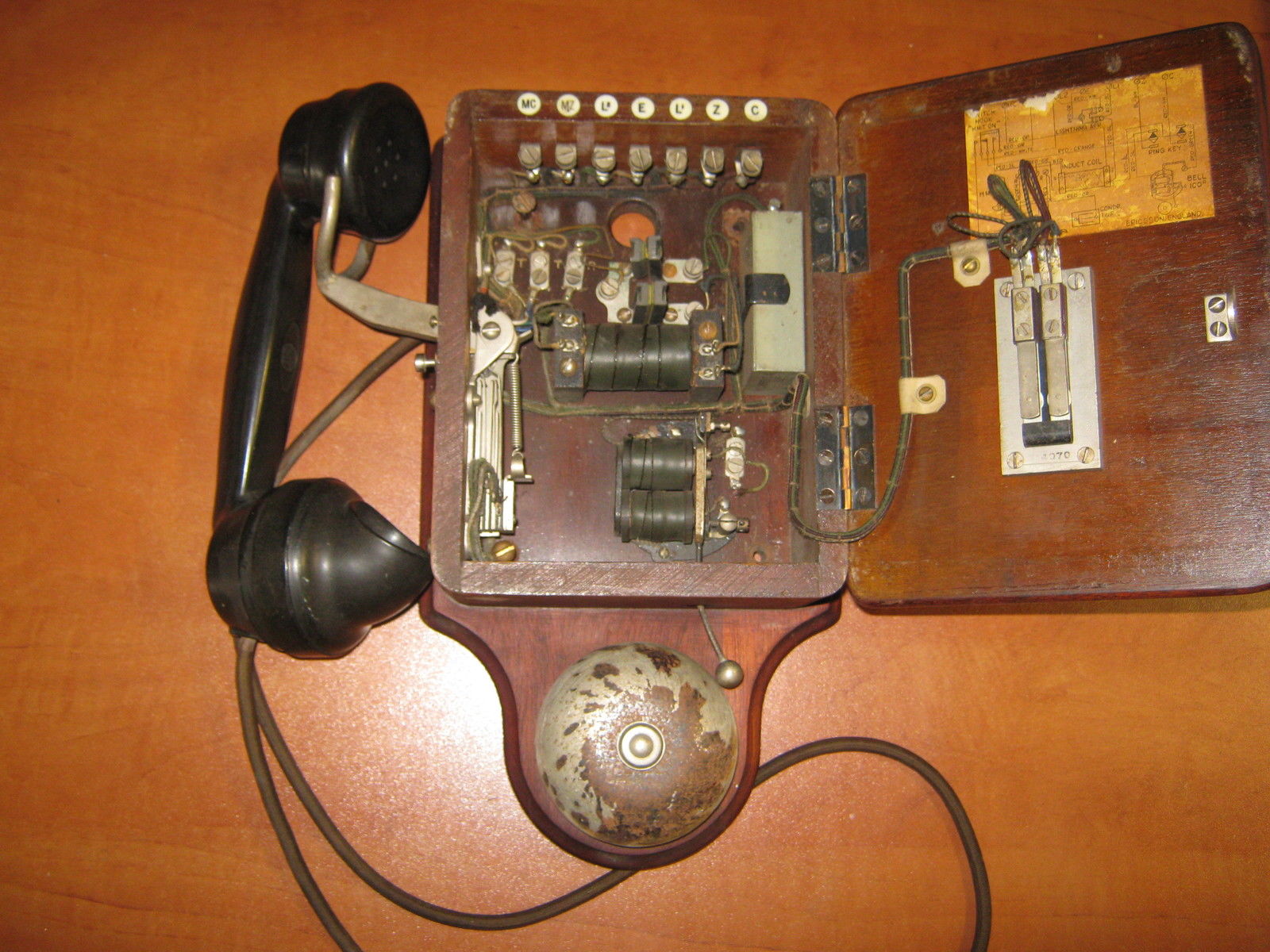 A start has been made on digging out for the foundations where the new building will be!

You can get involved and ‘get your hands dirty’ with this exciting tangible progress on Swindon Panel Days at Didcot Railway Centre! 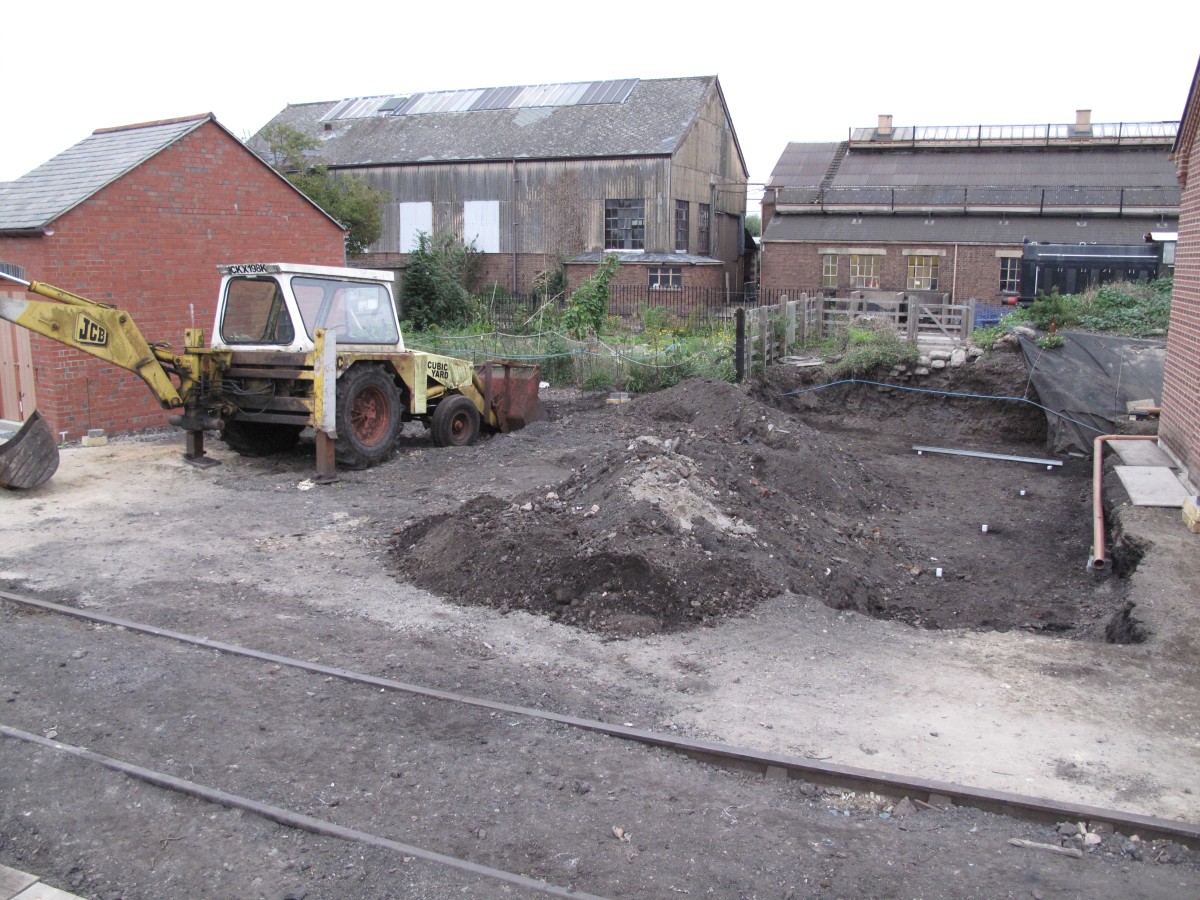 Are you ready for…. SWINDON PANEL SUNDAY on Sunday 28 September?

That’s right, Swindon Panel Sundays start on 28 September, getting our hands dirty at Didcot Railway Centre with the GWS engineering team working on the new building that will eventually house Swindon Panel!

More information and all the future dates…

The sun was out, the skies were blue, and Swindon Panel Society were all over the South Devon Railway!

Thank you very much to everyone who came along! We were joined by 28 Society members and guests at various stages though the day and we are especially grateful to the SDR for putting on such a fantastic show!

We had exclusive use of the DMU “Bubble Car” for the day, which started at Buckfastleigh where some members had arrived by car at 10am. A positioning move to Totnes saw the main contingent of members who had arrived by main line train join the day.

With everyone on board at 10.45 we travelled the length of the line with interesting features of note pointed out along the way, including the signals, crossings, and an explanation of the general block working arrangements.

On arrival at Buckfastleigh we split into two groups, with one group visiting the signal boxes there (North and South) and the other group travelled to Staverton to visit Bishops Bridge and Staverton Crossing Boxes.

The North Box at Buckfastleigh is the original box from when the line worked through to Ashburton in BR days. The South Box is the ‘new’ box, built when the line was in Dart Valley ownership, that controls the layout. There was also an excellent museum at Buckfastleigh, model shop, cafe, and plenty of action with the service train (with maroon L94 on the front) worked in and out. On arrival at Staverton, with passengers de-trained, the DMU shunted over the level crossing into the Dock Siding to allow the service train to pass. When the steam train cleared the section to Buckfastleigh at 12.05, the DMU ran back empty to Buckfastleigh and arrived in the ‘loop’ line there at about 12.13 (each of the SDR terminus station has a platform only on one side). When the service train departed (moments later at 12.15!) the DMU shunted to the platform side to allow SPS guests to alight and board once again.

At 1.00 the DMU then took us all to Totnes to look around the arrangements there, picking up the Staverton group on the way. The signal box here, ex-Cradley Heath & Cradley East, is the railway’s current signalling “project” estimated for completion in 2016. The box normally works as a ground frame but can operated as a block post when required (and was open as such today). In this mode the method of block working between Bishops Bridge (Staverton) and Totnes changes from One Train Working with a Staff to Staff and Ticket. After a look round Totnes, the DMU ran back to Buckfastleigh at 2.15, dropping off a group at Staverton to visit those signal boxes who had not visited them in the morning, with the other group visiting the boxes at Buckfasteigh. There are two boxes at Staverton: Bishops Bridge (ex-Athelney [West]), which is the signal box and controls the passing loop and the block working, and Staverton Crossing, which controls the level crossing gates and slots on the protecting signals. The wooden building of Staverton Crossing was bought from the railway years ago and used by a local vicar as a garden shed leaving the lever frame exposed. The preserved SDR bought the building back and re-placed it over the top of the frame! The last DMU trip of the day part of the event was originally timetabled to be 3.00 Buckfastleigh – Staverton only and back, in order to pick up the group at Staverton. But DMU driver Andy suggested that, in order to allow another visit to Totnes (and also provoke some ‘ticket’ working!) that the working could be extended to Totnes! Our train travelled from Bishops Bridge to Totnes on a green ticket, which authorises the driver to proceed without the staff, having seen the staff at Buckfastleigh satisfying the rules to ensure that it can’t be at the other end of the section, and making the line essentially one-directional until the staff follows on a following train. On arrival at Totnes we shunted to the ‘loop’ line again to clear the platform for the arrival of the service train that followed us down with the staff at 4.15 (space interval being maintained by the block working between Totnes and Bishops Bridge, the following train not being allowed to depart Bishops Bridge until the preceding train arrives at Totnes, as per normal block working). When the service train arrived, we were issued another ticket (beige this time) to proceed back to Bishops Bridge without the staff (which followed on the service train, as above). We picked up the remaining members at Staverton on the way back and finished at Buckfastleigh at about 4.40.

With a break of about 40 minutes to look round the shop or museum or station on final time, our fish and chips evening meal was served up in the SDR restaurant at about 5.20 and taken back to the DMU for our evening outing! We travelled up the line once again to Nappers Halt, between Staverton and Totnes, and named after the former residential crossing keeper Mrs Napper. We alighted here (using a wooden latter to reach the ground-level platform designed for auto-trains!) and walked to the local public house – The Sea Trout Inn – where we all had a drink and a chatter! A final walk back to the station at about 7.45 to catch the DMU for the final time, which ran to Totnes for those who had arrived by train and then to Buckfastleigh for those who arrived by car.

We said goodnight to our wonderful hosts and thank you for a brilliant day out. The signalmen on duty in Bishops Bridge and Buckfastleigh, Alex and Phil (both also NR signalmen and SPS supporters), along with their inspector Charlie in Ashburton Junction and colleague John in Buckfastleigh North, did a fantastic job of explaining the workings of their boxes and answering our many questions! The DMU driver and crew, Andy, Ernie and Alan, also really put on an excellent show, including many additions of ‘fun and games’ to the workings!

Photos are starting to appear of the day on Facebook and Flickr etc. Please do send yours in if you took some!

If you liked what you saw at the South Devon and think you might want to get involved in this excellent line then please see their website www.southdevonrailway.co.uk/volunteering, which gives plenty of info, or contact us and we’ll put you in contact with Alex, Phil or Charlie.

The SDR trip was one of the biggest events the Society has organised, not necessarily in terms of the numbers of attendees but in terms of the logistics and planning. As one person put it “Main line operators watch out – we’re in the charter trains business now!”. This is a bit of an exaggeration but it does illustrate that the SPS is no small operation now.

There are always things to learn from what we do, and as our first event of this magnitude we have certainly learned a lot! Please do give us your feedback about the event, particularly if you have not already done so; we are particularly keen to hear feedback from those who did not attend, and we are very grateful to those who have been open enough to give theirs. We have picked up some definite good points to the format and operation of the event that we will capitalise on in the future and some not-so-good ones that we will avoid in the future.

Don’t forget, our next SPS jolly day out is to the NRM in November, working the Lancs & Yorks signalling school layout! Are you booked in yet?